Alister Chapman, Sony camera and workflow expert, will be at Z Systems for a day of training and advanced workflow demonstrations

We are very excited to welcome Alister Chapman back to the Twin Cities.

The last time Alister was here, the house was packed for his in-depth discussion highlighting the Sony CineAlta cameras and shooting and exposure techniques.

This time, we will have three separate events and all are FREE! Thanks, Sony!

Includes a one hour lunch break (lunch is provided) at noon 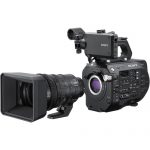 The Sony FS7 has been the most popular camera we have ever sold.  This powerful, affordable, 4k camera just killed it in the marketplace. Now that the PXW-FS7 II is out, it’s a great time to take a deep dive into this platform.  This session is meant for camera operators, DPs, and even editors.  Alister will take you through the basics and then dig into best practices.

FREE, but please RSVP below. 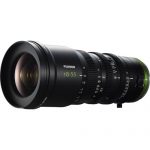 Alister Chapman will demonstrate how Sony’s F55 and AXS-R7 can make your shoots better, faster, and more affordable than other high-end camera platforms

If your project demands the quality and range of RAW, this powerful combination is the way to go. Alister will demonstrate this workflow live – from capture, rough cut, conform, and color grading.  Then, he’ll hang around to answer questions.

FREE, but please RSVP below.

$4,000 Instant rebate when you purchase a Sony PMW-F55 camera and either a viewfinder or an AXS-R7 recorder.

Alister Chapman is a freelance TV cameraman, Director of Photography (DoP) and Digital Imaging Technician (DIT). He is also a well-known instructor and teacher of video camera technology, shooting techniques and production methods. Alister has worked in broadcast television since the late 1980’s and today runs a very large library of stock footage of natural extremes. His footage has been used in Hollywood blockbusters, numerous TV series, museum exhibits and all sorts of other video productions.

He also is the creative force behind http://www.xdcam-user.com, a great resource for information, tutorials, and tips for Sony CineAlta production.