The Latest News from Blackmagic Design

Blackmagic Design has had a lot of exciting new recent announcements. Among them are a couple new acquisitions, new products, product and software updates. 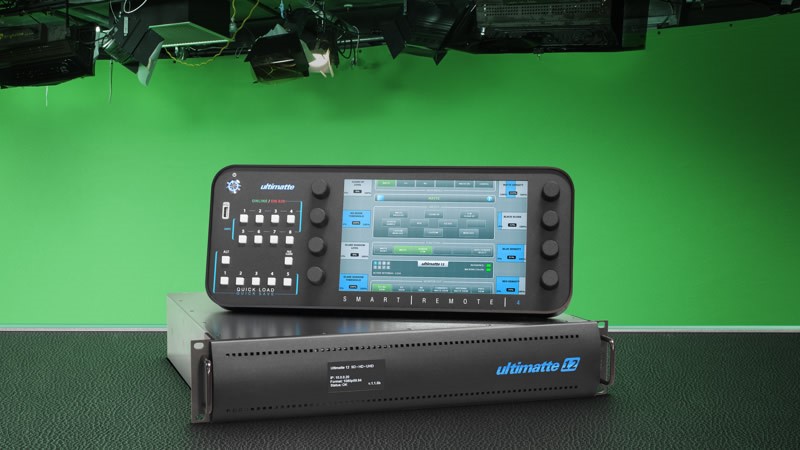 Almost every newscaster and weather reporter stands in front of a green or blue screen while delivering the news and weather. For the past 40 years, Ultimatte has been the industry standard hardware and software used to place these reporters in front of weather maps, stock charts, and other info graphics. 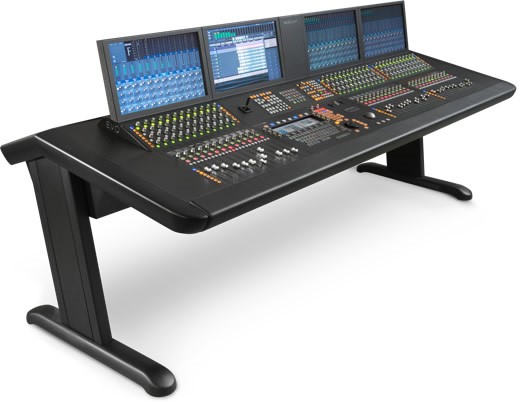 The next acquisition is Fairlight which creates some of the world’s most powerful digital audio software and hardware for film and television production. Fairlight also designs consoles for very demanding on-air live productions and these consoles feature full redundancy for mission critical work in broadcast and broadcast trucks plus other areas such as performing arts venues etc.

For post production, Fairlight makes a very wide range of products including compact desktop audio post consoles as well as large format mixers with dedicated controls and audio engines that can deliver up to 1000 tracks of audio with 64 channels of monitoring! Fairlight’s also has some very exciting IP including immersive 3D audio workstations let you deliver 3D sound in formats such as 5.1, DTS, Dolby and more! It’s really quite amazing!

Teranex AV is a new broadcast quality standards converter specifically designed for AV professionals. This model is similar to the Teranex Express, however there are specific features for live production use such as low latency, a live freeze frame and internal still store for adding logos and graphics, plus the 1,089 conversions for any format to any other formats up to 2160p60. The very low latency lets you convert video and output it to a projector in sync with the live presenter which is very important for live production.

One exciting feature is that Teranex AV features both 12G-SDI outputs and simultaneous Quad SDI output connections so you can use it for video walls. Another important feature is HDMI 2.0a input with both a loop HDMI output before the processing and a separate HDMI output after the processing. You also get balanced XLR professional audio inputs and consumer HiFi connections so you can plug in laptop computer audio, lapel mics, iPods and more! 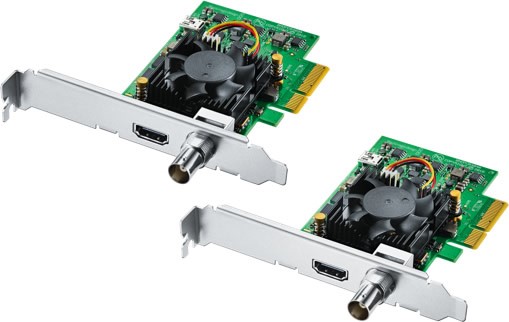 Blackmagic Deisgn has also announced upgrades to its popular DeckLink Mini Monitor and Mini Recorder products. These new models include all of the same powerful features of the HD models, but add Ultra HD and HDR support.

Both models are low profile 4 lane generation 2 PCIe cards that feature 6G-SDI and HDMI 2.0a connections for working in all SD, HD and Ultra HD formats up to 2160p30. You get both full height and half height PCIe shields so you don’t have to buy any costly extra accessories! Both DeckLink Mini 4K models are fully compatible with the Blackmagic Desktop Video SDK, making them perfect for OEMs or developers that are building custom playback or recording solutions.

Blackmagic Design has cut the price of the HyperDeck Studio 12G by $1,000! This is exciting and it’s possible because more customers have adopted 12G-SDI technology so we have been able to put a lot more work into the manufacturing of the design. This has allowed us to reduce the construction costs and so pass those savings!

This will really help boost 12G-SDI workflows and because 12G-SDI is compatible with all existing equipment it will work with all SD, HD, and of course Ultra HD formats up to 2160p60 over a single cable! This allows you to replace older Quad Link equipment with single cable. HyperDeck Studio 12G has been very popular and it’s the world’s most advanced Ultra HD solid state broadcast recorder with VTR style controls, 12G-SDI and HDMI connections, 10-bit 4:2:2 uncompressed recording, and both ProRes and DNxHD file formats for recording to smaller files that are beyond broadcast quality!

In addition, if you are using Avid systems running on Windows you now have the ability to save DNxHD 220, 145 and 45, along with DNxHR HQ, SQ and LB files as MXF instead of .mov which improves compatibility and performance. It also adds the ability to manually control the screen orientation and turn off the auto rotate feature which makes it easier for customers to use Video Assist 4K with handheld gimbals and other equipment designed to move the camera and rig simultaneously.

Video Assist 2.2 Update will be available next week as a free update from the Blackmagic Design support web site. 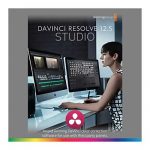