Which one wins the title? They are all great cameras. We tested for skin tones, dynamic Range, noise, rolling shutter and more.

We recently had the opportunity to do a camera shootout with Don’t Blink, which owns a couple of RED cameras.  We wanted to see how our high end camera, the Sony PMW-F55 with AXS-R7 RAW recorder, stacked up against their RED Helium 8k and RED Dragon 6k cameras.  This wasn’t a test to see which camera was the best, they all make fantastic images, but to see what their individual strengths and weaknesses are.  We set out to test a number of different things on each camera: Skin Tone, Dynamic Range (as much as we were able to given our tools), Overexposure latitude, Underexposure latitude, Noise, Color Gamut and Rolling shutter.  We performed all of these tests, (except for rolling shutter), twice per camera; once at the highest quality recording possible; RAW SQ on the F55, 6:1 compression on the Helium, and 4:1 compression on the Dragon.  The other set was done at a more data friendly rate; X-OCN ST on the F55, and 12:1 compression on the Helium and Dragon.  As you can imagine this created a lot of clips to dig through and figure out how best to do a comparison.  It is a process that has taken a couple of weeks but I have reached a point where I can share our results with everyone.

We used the same Zeiss CP.2 35mm lens for every shot, so there should be no variance between cameras due to lensing.  This did however mean that we had to move the two RED cameras about 2 feet closer to our subjects.  While RED advertises the Helium as a Super35 sensor, it is in fact quite a bit larger than Super35 and barely smaller than the Dragon sensor.

A note on how I processed the RAW from all of the cameras before we get to the video.  Using DaVinci Resolve, I set the RAW processing to the appropriate de-Bayer for each camera and set the color space and gamma curve for each.  I used SGamut3.Cine/Slog3 for the Sony and Dragoncolor2/REDlog Film for both RED cameras.  I then used the Chroma DuMonde chart in the shots to do a “Color Match” using the built in tool, and lastly I adjusted exposure levels so that the gradient targets fell at specific points on a waveform monitor for each camera.  I did no other grading for color as I wanted to see the image as true to sensor native as possible.  With 16 bits of data from all of the cameras it is perfectly reasonable to assume that just about any grade is possible with enough time and effort.

I expect that YouTube compression is going to render the noise tests mostly indistinguishable, but I will cover the results as I see them without the compression.  I will also make the h.264 files available for download at the bottom of this post.  Sadly I cannot make all of the original files available for space reasons.  Even though we were very disciplined with our shooting, creating only about 30 minutes of total footage, it takes up almost 250GB of storage.

Without further ado, the videos.  Special thanks to Rachel Weber who sat in as our model.

The F55 looks pretty natural, with pleasing contrast and skin representation.  There is a slight amount of green/yellow in the shadows, which is characteristic of Sony color science and easily corrected.

The Helium is overly contrasty and very red/magenta tint, and grows more so the further into the shadows you go.  I did try to play with it to see how easily this is corrected and quickly discovered that the highlights, mids and shadows all reacted at different rates to corrections, leading me to believe that the colors are not represented equally.  It should be noted that the camera was on the latest firmware and using Dragoncolor2, which is the latest one availabe, but not specific to the Helium sensor, so there is probably a lot of development yet to come for this new sensor.

The Dragon appears very similar to the F55, with a bit more contrast and a bit more red.  Unlike the Helium, the colors appeared to be balanced from highlights to shadows.

The recovered portions of the clips were brought back using lift/gamma/gain controls in Resolve.

The F55 recovered very well from being 5 stops overexposed.  I was able to get 5 stops of overexposure from the F55 because its base ISO is higher than that of the RED cameras (1250 vs 800) so the lens was stopped down almost a whole stop more for the lighting setup we had.  The only thing that appears to be completely blown out is the left most white target on the upper row of the chart (and of course the light).  Everything else was recoverable.

The RED Helium was only able to hit 4 stops of overexposure based on our lighting setup.  It did the worst on the overexposure test, with two gradients on the chart completely blown out and some of the models face blown out as well, despite only being 4 stops over exposed.  There is also a definite color shift towards red in the blown out areas.  Again, I think this has to do with the newness of the sensor and lack of sensor specific science behind it.

The RED Dragon was also only able to hit 4 stops of overexposure, but had nothing but the light blown out.

The recovered portions of the clips were brought back using lift/gamma/gain controls in Resolve.

The F55 was again able to do 5 stops of underexposure because of its built in ND filters.  The F55 did not do nearly as well with underexposure as it did with overexposure.  At 4 stops under it is possible to recover everything, but it is very noisy, and at 5 stops under it starts getting blocky.

The RED Helium had the best performance in underexposure for noise, but experienced a lot of color shift at 4 stops under.

The RED Dragon had similar noise to the F55 at 4 stops under with little or no color shift.

This was probably the most complicated comparison to make, apples to apples.  Since we were doing full sensor readouts on the RED cameras, they appear less noisy by a large margin than the F55 when doing a 400% zoom on all of them.  However, due to the higher resolution sensors, you are looking at more pixels from the RED’s.  When you do a pixel for pixel comparison (800% zoom on the Helium and 600% zoom on the Dragon) you can see that the noise on the F55 and Helium is comparable and the Dragon is noisier.  This does matter because when shooting at lower resolutions on the RED cameras, they window in on the sensor, so 4k to 4k would be a pixel to pixel comparison.  It might be possible to eek out a little better performance from the RED’s at lower resolutions by going to a lower compression ratio than is possible at full resolution.  I added the comparison between the highest recording quality possible and the higher compression ratios to both videos so you could see that as well.

I don’t have tools to do a decent analysis of this aspect of the cameras.  I will upload the clips for just the chart if anyone wants to analyze them.

This result was pretty much a foregone conclusion.  The F55 has a global shutter, the REDs do not.  The Dragon appears to have performed slightly better than the Helium in this test, but definitely still exhibited rolling shutter artifacting.

The data rates for the formats we recorded

Overall, I found all of the cameras tested to have good images.  The Helium sensor still needs some work in terms of color and dynamic range before I would give it the same level of trust as I would the Dragon or F55.  The Sony RAW and X-OCN ST footage was much easier to work with, requiring only a few clicks inside of Resolve to bring into Rec.709 space.  The RED footage would require custom grading to achieve the same result.  This could be in part due to my having more experience with Sony footage, but also I think it is due to the mentality behind the two camera systems.  Sony is designed to exist inside of a fast paced workflow with quick turnarounds, with F55s being used for many sporting events and live event shows.  RED on the other hand is targeted more at a cinema workflow, where turnaround time is less important.

As I like to say, these are just tools to get a job done.  All three cameras are great tools.  You just need to pick the one that fits the job you are doing. 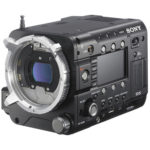