Whether you are an independent film maker on a micro budget, a live production with multiple cameras, or anything in between, Blackmagic Design has a camera for you.  Drawing on years of development and user input, the latest generation of Blackmagic cameras are not only impressive in the quality of images they take, but they are packed full of professional features traditionally reserved for much more expensive cameras from the major manufacturers.

Even more impressive are the innovations that you can only get from Blackmagic cameras, like intuitive touch screen menus, modular design to meet a variety of needs, inter-compatibility of accessories between models, and much more.

This page is designed to give you a brief overview of the different cameras offered by Blackmagic Design.  For more in depth information you can check out the FAQ page, the Camera Comparison Page, or follow the links in the menu or descriptions to the individual camera models. 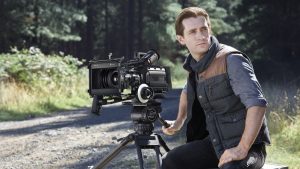 The first version of the URSA Mini was released in 2015 and was one of the first affordable 4k cinema cameras on the market.  The URSA Mini uses CFast cards to record ProRes and CinemaDNG up to 60P.  It has a 5″ fold out touchscreen for monitoring and camera control, and has professional inputs and outputs for video and audio.  There are currently three versions of the URSA Mini available, including the only cinema camera under $20,000 with a global shutter. 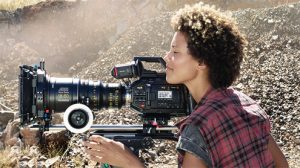 The URSA Mini Pro us the updated version of the original URSA Mini.  It uses a 4.6k sensor with 15 stops of dynamic range and a wider color gamut than Rec.2020.  The body of the URSA Mini Pro was also updated to include broadcast style controls directly on the side of the camera.  There are also a wide array of accessories available for PL, Nikon and B4 lenses, as well as a bolt on SSD recorder for recording 4608 x 2592 resolution up to 60p. 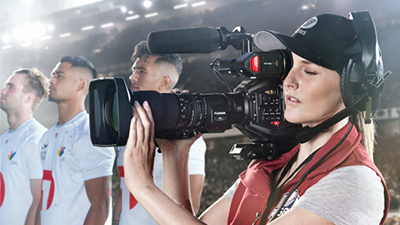 Using the same body as the URSA Mini Pro, the URSA Broadcast brings 4k into the world of broadcast at an affordable price.  The URSA Broadcast is able to use 2/3″ B4 lenses natively, which means you can get some versatile lenses with 20x or more optical zoom.  The URSA Broadcast is also designed to be fully integrated into the Blackmagic Design studio workflow, with accessories for remote painting, talkback, fiber and more.  This camera is a great option for sports, news, studio and IMAG. 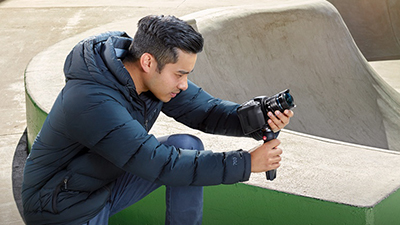 An updated take on the popular Pocket Cinema Camera.  The Pocket Cinema 4k offers a staggering array of feature set at an amazing price point.  4k DCI recording, 13 stops of dynamic range, ProRes or CinemaDNG, the same OS as the URSA Mini Pro, professional A/V inputs and outputs, are just some of the great features on this camera.  With unbeatable features at an unbeatable price, the Pocket Cinema 4k is the perfect camera for indy films, documentaries, music videos and multiple camera jobs.  It also comes with a full license of Davinci Resolve Studio. 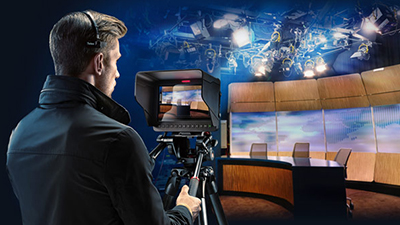 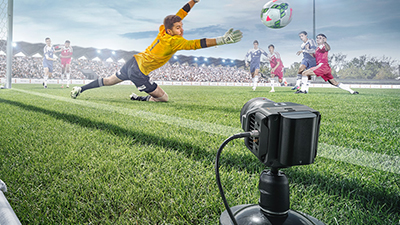 The Micro cameras from Blackmagic are great for remote, action and POV applications.  There are two models, a Micro Cinema camera with a super16 sensor that records in HD, or a Micro Studio camera that records in 4k and has some additional features that help it integrate with Blackmagic studio equipment.  Both models use Canon LP-E6 type batteries and standard SD cards for recording.  They are compact and can be placed where larger cameras cannot go.