Calibrating Your Monitor to Your Camera

Monitor calibration can seem like a daunting task, but when you go into the field to shoot it is important to have tools that give you a clear idea of what you are capturing.  In much the same way that you wouldn’t want to judge the quality of a musical recording with an equalizer that was set improperly, you shouldn’t monitor video with a display that is not properly calibrated.  With a properly calibrated monitor you can be confident that what you are seeing is very close to what you are getting.  This way you can avoid chasing color and other image issues that don’t actually exist in your footage, thereby creating problems in your post work.  Depending on your shooting method, having an accurately calibrated monitor will also allow you to keep your clients happy on set by showing them a decent approximation of the final product using custom LUT’s.  The good news is that the process of re-calibrating a monitor doesn’t take up too much time and will become almost second nature with practice.

Most decent monitors have calibration controls built into them.  Notably NOT included in that list are Atamos displays (at least up through the Shogun), which require an additional spyder type calibration unit and a computer.  The controls you will need to be able to adjust are Brightness and Chroma/Saturation, some monitors will also allow you to adjust Hue/Color/Tint/Phase as well.

Generate Color Bars from Your Camera 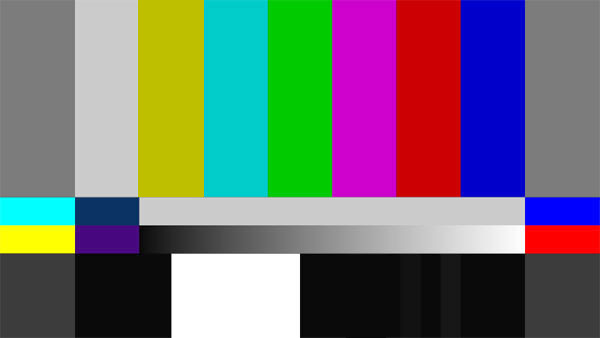 Most professional camcorders, like the Sony FS5 and FS7, have the capability of generating color bars.  It is important that the test pattern comes from the camera you are going to be using with the monitor instead of any color bars that the monitor can generate on its own.  The reason you want to use the camera’s color bars is that it will let you calibrate the monitor to that specific camera giving you the best result when using those two units together.

Turn on “Blue Only” Function 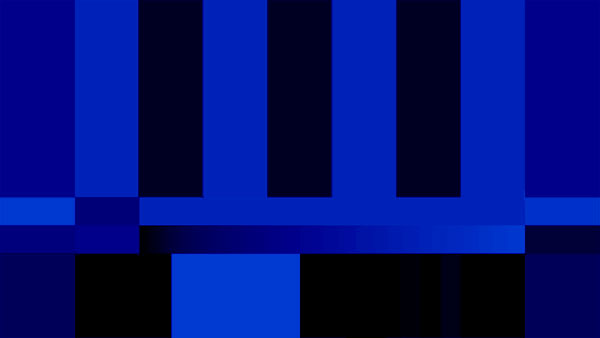 The “Blue Only” function can be found on most modern monitors and limits the display to only showing the blue channel of the image.  Sometimes, as with the Odyssey 7Q, it can be found under the monochrome settings and will only display as a monochrome image, but you can have it only show the blue channel.  By reducing the image to a single channel we can more easily evaluate what the monitor is doing and make adjustments accordingly. 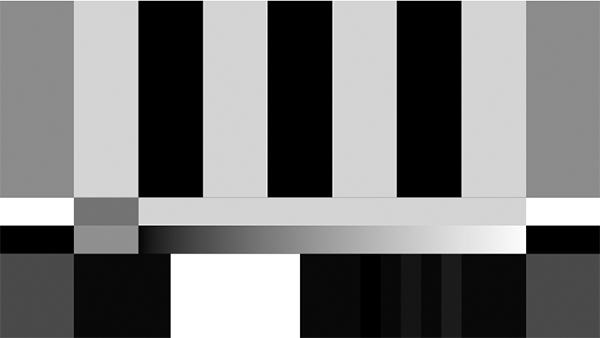 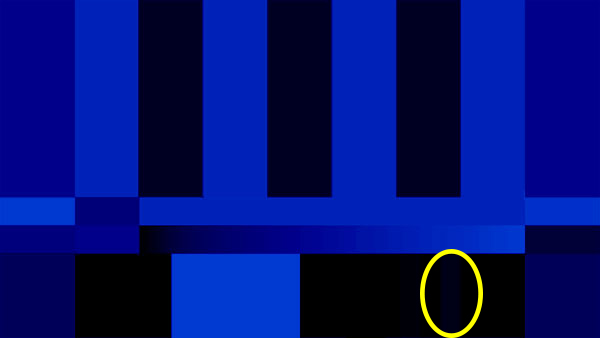 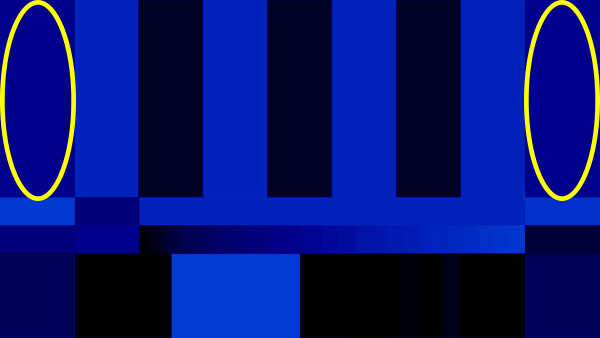 Once your Brightness is set you can adjust the Chroma setting on your monitor.  Chroma is also called Saturation on some monitors.  You want to adjust the setting so that the two bars on the left and right side of the pattern match. 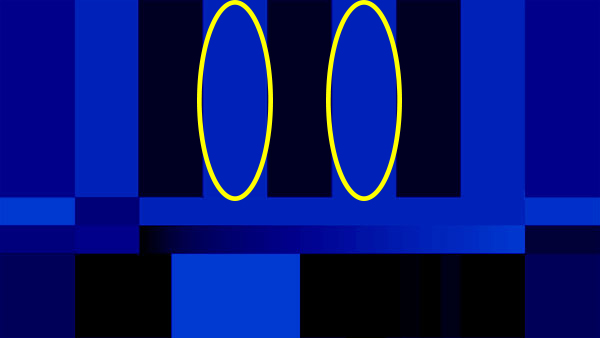 Not all monitors have this adjustment.  The adjustment process for Hue, also called Color or Phase, is exactly the same as that for Chroma/Saturation, except that you are trying to match the inner-most blue bars instead of the outermost.

If necessary you can adjust the contrast of the screen if the overall display is too dim or too bright.  You may need to revisit the brightness adjustment if you change the contrast.

That’s it.  You should have a monitor accurately calibrated to your camera.  You might want to try this a number of times in shop before you try it out in the field with a bunch of people watching.