What are the differences between the URSA Mini and URSA Mini Pro?

What kind of storage media do the cameras use?

What lens mounts do the cameras have?

What codecs do the cameras use?

All cameras use ProRes and CinemaDNG codecs for recording.  What resolutions and frame rates are available depend on codec, camera, and media being used.  For a full breakdown see the camera comparison page.

The newly introduced BlackmagicRAW will soon be available for URSA Mini and URSA Mini Pro cameras.

What is Blackmagic RAW?

Blackmagic RAW is a new capture method developed by Blackmagic to optimize image quality as well as performance.  It uses a unique balance of in camera processing and metadata to retain the full RAW flexibility, while accelerating the ability of a computer to playback in real time.

How do the cameras do slow motion?

On the cameras where slow motion capture is possible, users select their base frame rate (24, 30, 60 etc) and then select an “off-speed” frame rate.  Clips shot “off-speed” will play back at the base frame rate, saving users the extra work of changing the playback speed of the clips in post production.

Can I use SSD drives to record?

The URSA Mini Pro and URSA Broadcast have an optional accessory that mounts to the camera that allows for recording directly to SSD drives.  The Pocket Cinema 4k can use SSD drives via its USB-C connection.

What are the recording times for the cameras?

Recording times will vary quite a bit based on codec selected, resolution, and frame rate.  Below is a chart broken down by codec, resolution and recording in 30p. 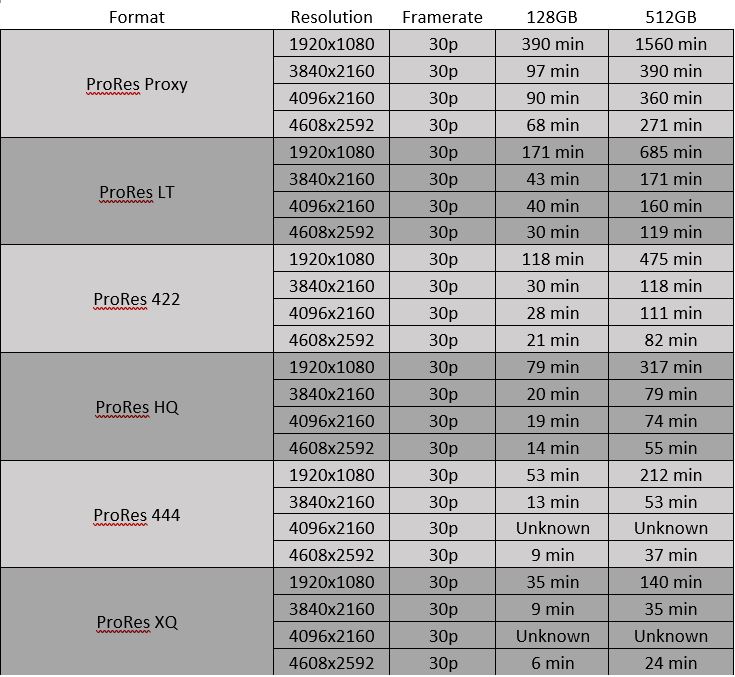 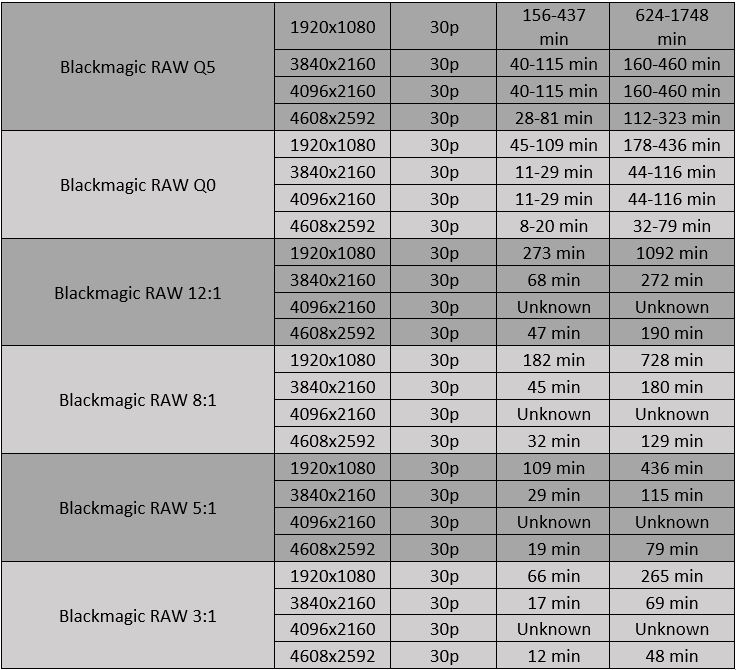 Blackmagic has 3 gamma profiles for their cameras, although not all 3 are available on every camera.  “Video” offers users a ready to use Rec.709 image.  “Film” unlocks the full dynamic range of the sensors, from 12-15 stops depending on model.  “Extended Video” offers a wider dynamic range than basic “Video” but not as much as “Film.”

Do Blackmagic cameras have LUTs?

The cameras can also be loaded with custom 17 or 33 point 3D LUTs.

LUTs are never “baked in” to the recording.